The Nature of Wisdom Literature II 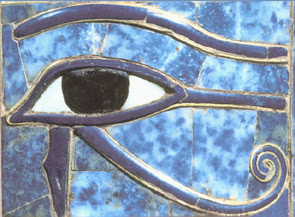 To many scholars, Proverbs, Job and Ecclesiastes (Qohelet) are considered wisdom literature since these books account for most uses of the Hebrew root הכם (hkm). Curiously, this was not the opinion of most of  the 19th century commentaries, which refer to these works as “didactic poetry.” These Israelite wisdom books present a common approach to human life: more than “theological” they are realistic and experiential.   The sages “studied” the joys and struggles of human life and drew some good advice and insight directed to help future generations. These writings also share common themes like the meaning of suffering and death, the value of wisdom, the influence of good speech, and inequity among others.

In Biblical Hebrew, the term  חָכְמָה(hokmah) is  defined as skill, either physical or intellectual. Therefore one that is wise is crafty, skillful, cunning, perceptive, etc. However, in Israelite wisdom literature, hokmah is always a life skill, a quality which is essential for a happy and successful life. According to Hebrew notions, the heart, not the brain is the center of human reasoning and will. There, wisdom should make its dwelling. Since wisdom is a skill, it can be acquired, a person can be instructed on how to live successfully and in peace.

In the past century, Egyptian and Babylonian texts have been published with similar material as found in Proverbs, Job and Ecclesiastes . These older texts seem to support the opinion that wisdom literature is a foreign influence in Israel. For example, the Egyptian Instruction of Amenemope, dating around 1100 BCE is very similar to Prov 22:17-24:22. Egypt had a strong cultural, political and economic influence over Palestine during much of the biblical period which can explain the many similarities between both Egyptian and Israelite wisdom literature. In both, we find optimistic works that teach traditional morals and experiential lessons (Proverbs) and more grave and pessimistic works dealing with questions about the meaning of life and challenging traditional thinking (Job and Ecclesiastes).  Some scholars believe this Egyptian influence in writing wisdom literature was present in times of King Solomon. The existence of “wisdom schools” although verified in other ANE countries, cannot be claimed with certainty about Israel. Although Jeremiah 18:18 makes reference to what would seem the existence of professional sages along with priests and prophets, however, as with the schools, there are no clear references of professional sages in Israel until the time of Jesus Ben Sirach.