One of my teaching practices is to assign to each of my Prophets students a PL text also found in the Lectionary so they can prepare two pieces of feedback: an exegesis paper and a homily. This last work becomes part of a preaching course offered every January in the Holy Land. Each student has a turn preaching on the text assigned in the Prophets class, usually in the places where the different prophets may have taught or lived. Most students take very seriously preparing their homilies in which they combine some of their research for their exegesis paper and their own personal experiences while visiting the Holy Land. I am always amazed of how well these homilies turn out (that is, for the most part, to be honest).

Now, it is very curious noting that the book of Amos, having 146 verses in nine chapters, does not have much presence in the Lectionary. We only have three readings of his prophecies in the three-year Sunday cycle: Am 6:1a. 4-7; 7:12-15; 8:4-7.[1] If we look into this book’s history of interpretation, we cannot find much about Amos' writings compared with other prophetic works. There are, for example, not many comments or quotations by the Church Fathers in Amos. Moreover, if ancient tradition emphasized more in the hope that the Gospels bring or looked into the prophetic oracles that would talk about Christ, then Amos wouldn't have found much of a place in Christian appreciation.  Some authors think that since Luther and Calvin used Amos’ prophecies to denounce “the triumphalism, abuse and corruptions of Rome” throughout the time of the Reformation, attention to this book during the Counter–Reformation years would not have had much favor.

Moving on into the book, although the Amos is the first of the classical prophets, his book is the third in the Book of the Twelve. Only Am 1:1 and of course, 7:12-15 (the call of Amos) give us some biographical information of YHWH’s messenger. The incipit (Am 1:1) is an editorial introduction that acquaints us to the man and to his words with a demarcated time frame and a reference to a major seismic event. As a matter of fact, excavations at Tel Hazor seem to show some evidence of an earthquake in the region around mid-eighth century BCE. 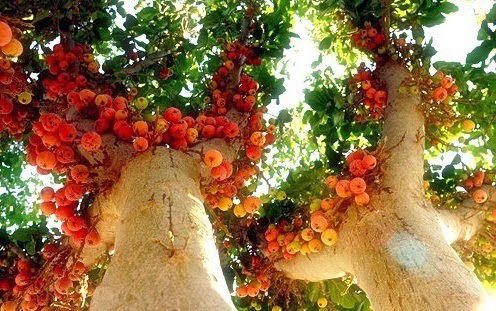 Amos was from a town of Judah (Tekoa), twelve miles south of Jerusalem. He is identified as a נֹקֵד (nôqēd), which is not a common word to designate a shepherd. The only other time we find this term in the Hebrew Bible is in 2 Kgs 3:4, where king Mesha is described as a wealthy person who possess and provides sheep. This then should have been Amos’ trade before his call.  Am 7:12-15 gives us another bit of the prophet’s life. When Amaziah , the priest of the shrine in Bethel, commands Amos to  return to his homeland Judah inferring that he is a professional “seer”, the prophet responds very forcefully.  He denies that he is a professional prophet (Am 7: 14-15), presenting himself as a “herdsman” and a “dresser of sycamore trees”. Even though the nature of these occupations is uncertain, Amos considers himself no acknowledged prophet earning his wages by throwing oracles here and there. The prophet claims that YHWH “took” him from his normal duties to deliver his message to Israel. Instead of pursuing a job on prophesying, he was irresistibly compelled to proclaim the LORD’s message (cf. Am 3:7-8; Jer 20:9).

The “call of Amos” also reveals something about his personality. Amos stood up and faced (as many prophets will do after him) the northern kingdom’s powerful institutions of kingship and priesthood, presenting himself as a spokesman of God fearless and faithful.

The book of Amos presents its material organized by repeating patterns and link words. These are clear signals of deliberate arrangement, which is very helpful in following its structure. For example, in 1:3-2:16, the phrase “for three transgressions and for four” appears eight times in a row as an introduction to the oracles against foreign kingdoms, Judah and then Israel. After these messages, three judgment speeches against Israel beginning with the formula “Hear this word” (3:1; 4:1; 5:1) appear together. In chapter four, verses 6, 8, 9, 10 and 11 the expression “you did not return to me” is found five times in the oracle against Samaria. The introduction of Amos’ group of visions (“This is what the Lord showed me…”) is found in 7:1, 4, 7 and 8:1. Lastly, the “day of the Lord messages are clustered together in 8:9, 13; 9:11 (“On that day…”) and 8:11 and 9:13 (“The time [‘days’ in Hebrew] is coming…).

I already mentioned that 1:1 is an editorial addition as is also the last message of the book, the prophecy of restoration of 9:11-15. The first addition is a brief report about Amos told in third person announcing that what follows are the “words of the prophet”. Although the prophet’s message is addressed to the Northern Kingdom, the book begins with attention on Judah and Jerusalem. Some scholars argue that these references to the south in a book so obviously oriented to a northern audience are additions of a later time. In this same tone the book closes with a southern focus on the “house of David” (9:11) that fell to the Neo-Babylonians around 587 BCE, a very plausible update to the 721 fall of Samaria. Also, 9:11-15 is the only restoration message, which makes obvious contrast with the doom and gloom of the rest of the book, presenting this text as extraneous.

Since this is the first PL prophet that we discuss in class, when I present these texts as additions to my students, I remind them to review the PL composition and transmission process. Even though these oracles were included in the Bible in different prophetic forms at different times, they are not to be considered less important when read in the light of the notions of inspiration and canonicity. This is also a good example that shows how these texts did not become bound to a particular time and limited to a very specific audience. It is a good reflection on how the PL presents the living words of a living God.

With the conviction that Amos’ prophecies should engage both Jewish and Christians of the 21st century, rediscovering the messages of this bold prophet should make believers and scholars pay more attention to these “ancient words” more carefully.


[1] The Roman Catholic Sunday Lectionary and the Protestant Revised Common Lectionary present these three passages, although the latter offers four more readings which focus on social justice. The Jewish cycle of weekly Sabbath readings has two readings: Amos 2:6--3:8 and 9:7-15.