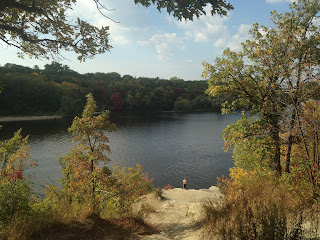 Repentance consists in first acknowledging sin, “I have done something wrong,” second, confessing this sin, third, performing penance, and fourth, accepting that you have been forgiven. But we can try to go easy on ourselves and fight the personal acknowledgement of guilt. Let me put this in a manner that is easier to understand: “I do not do that!  I did not do that!” Yet, even when we break down and acknowledge guilt, we can then be hard on ourselves, wondering: “Am I even worthy of forgiveness?” We can let guilt overwhelm us, our sins haunt us, and our darkness shrouds us. As Moses Maimonides said, though, in Guide for the Perplexed, God can turn away from a promise of punishment, but not a promise of mercy and forgiveness, which is to say, God’s nature is mercy-soaked, for all people.

In the story of Jonah, Jonah goes to a foreign city, the party town of Nineveh – “what happens in Nineveh, stays in Nineveh,” as the ancient saying went - and pronounces a prophecy to a foreign people.  When they hear the prophecy, that they will soon be overthrown, they repent and perform penance:

5 And the people of Nineveh believed God; they proclaimed a fast, and everyone, great and small, put on sackcloth. 6 When the news reached the king of Nineveh, he rose from his throne, removed his robe, covered himself with sackcloth, and sat in ashes. 7 Then he had a proclamation made in Nineveh: "By the decree of the king and his nobles: No human being or animal, no herd or flock, shall taste anything. They shall not feed, nor shall they drink water. 8 Human beings and animals shall be covered with sackcloth, and they shall cry mightily to God. All shall turn from their evil ways and from the violence that is in their hands. 9 Who knows? God may relent and change his mind; he may turn from his fierce anger, so that we do not perish." 10 When God saw what they did, how they turned from their evil ways, God changed his mind about the calamity that he had said he would bring upon them; and he did not do it. (Jonah 3:5-10)

The people of Nineveh are Assyrians, not Israelites; yet their very acts of repentance, of listening to God and admitting guilt, make them worthy for God to renege on the condemnation:  “God changed his mind about the calamity that he had said he would bring upon them; and he did not do it.” God does not desire condemnation.

Jesus refers to this same story in Luke 11:29-32, when he condemns his generation as “an evil generation”:

30 For just as Jonah became a sign to the people of Nineveh, so the Son of Man will be to this generation. 31 The queen of the South will rise at the judgment with the people of this generation and condemn them, because she came from the ends of the earth to listen to the wisdom of Solomon, and see, something greater than Solomon is here! 32 The people of Nineveh will rise up at the judgment with this generation and condemn it, because they repented at the proclamation of Jonah, and see, something greater than Jonah is here! (NRSV)

The harsh judgment that is coming is obvious in the tone of condemnation – the word “condemn” gives it away - but see who judges, the queen of the South, Sheba, who came to hear God’s wisdom, the people of Nineveh, who listened to God’s call to repent, people who one would not see as models of righteousness and repentance. What makes them worthy? They sought wisdom, to know themselves, their sins, and to turn from them. From what do we need to turn?  Will we allow ourselves to be forgiven? God wants to turn from calamity; God wants to soak us in mercy.

Posted by Bible Junkies at 7:49 PM