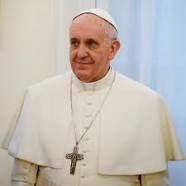 A Pope’s not right about everything, and with Pope Francis, numerous Catholics will tell you he is not right about much. But I think he has been right on most issues and with respect to the translation of the Lord’s Prayer he is right to want to change the translation. He probably does not go far enough with what he wants to change, but it is a start. My comments on why I think Pope Francis’s plea is correct and why they ought to influence translation of the Lord’s Prayer are dependent almost entirely by a few pages from my late teacher’s last book. Ben F. Meyer’s Reality and Illusion in New Testament Scholarship is a tour de force on the process of critical realist interpretation, and  pages 8-13 offer a reconstruction of the Lord’s Prayer.

The issue that Pope Francis has identified is the Greek word peirasmos, which means something like test or trial or, even better, ordeal, especially in an eschatological context. The fact that peirasmos so often occurs in an eschatological context gives us clues as to the meaning and subsequent translation of the whole prayer. It also alerts us to another translation issue, not touched upon yet by Pope Francis, and that is the Greek word epiousios. It is a difficult word to translate, but it has come to us as “daily,” which is most likely incorrect. Chances are it refers not to “today,” but “tomorrow.”

So, I will offer an entire translation of the prayer from Matthew 6:9-13 and then make arguments for the changes from the common English translations following this:

9 Our father, who is in heaven
Holy is your name.
10 Let your reign come,
Let your will be done,
As in heaven, so on the earth.
11 Our bread of tomorrow, give us today.
12 And forgive us our debts,
As we forgive those who are indebted to us.
13 And do not let us crack at the time of the ordeal,
But deliver us from the evil one.

Some of the changes proposed in my translation are not all that significant and reflect literal renderings that are perhaps not worth replacing the tried and true English translations of the prayer. Simply on poetic terms “thy Kingdom come” might be preferred to “let your reign come” in verse 10 for instance.

But  epiousios in verse 11 is a change that must be reckoned with. Jerome himself offered in Latin panem nostrum cotidianum da nobis hodie, which is “our daily bread give us today.” Meyer notes though that Jerome himself stated “that the Aramaic gospel of the Nazoreans had, for epiousios, the word maḥar, “tomorrow.” That orients us toward epiemi/epienai from the root “come” rather than toward epeimi/epienai from the root “be.” (RINTS 12). After further discussion on the grammar of similar phrases, Meyer concludes that “on this basis epiousios means “pertaining to tomorrow/the future”; and the text should have been rendered panem nostrum crastinum da nobis hodie, “our bread of tomorrow give us today” (RINTS 12). The original meaning of the bread petition, therefore, was concerned with the “bread of tomorrow," reflecting not ordinary bread, or even the spiritual bread of the Eucharist, but with the Messianic banquet at the end of time (see Matthew 8:11; Luke 13:28-29).


This alerts us that the whole prayer is connected with the establishment of God’s kingdom at the time of the end. If God’s will is being done on earth as in heaven, God’s reign has been established. So there are not just two future oriented pleas: let your kingdom come (when? Now!); let your will be done (when? Now!), but the petition for bread fits with the future orientation: give us the Messianic bread (when? Now!)

The reason it is important to get epiousios right is that it orients the whole prayer to the eschaton. In preparation for the coming end, forgive us our debts, as we forgive the debts of those who owe us.  And the final petition is not about God leading us into temptation, but preserving us during the eschatological ordeal, the peirasmos, which precedes the coming of God’s kingdom and the Messianic banquet. One passage from Mark’s Gospel gives us a sense of the traditional understanding of the time of the end as found in the post-exilic prophets and Jewish (and Christian) apocalyptic literature. It includes not just the horrible ordeal of the last days, but the hope that God is watching out for those caught up in the trials of the end times so that they may get through it:

19 For in those days there will be suffering, such as has not been from the beginning of the creation that God created until now, no, and never will be. 20 And if the Lord had not cut short those days, no one would be saved; but for the sake of the elect, whom he chose, he has cut short those days. (Mark 13:19-20)

The final petition then asks that God save those under stress at the time of the end and deliver them safe from the evil one. It is possible, of course, to translate poneros as “evil” in general, but the “evil one” is strong possibility here.

What is needed though is more evidence regarding the petition containing peirasmos. Even if “temptation” is not the proper word to translate peirasmos, and there is enough evidence to translate peirasmos as “ordeal” or “trial” and even to understand it as “eschatological ordeal,” is there enough evidence to read the whole petition as “do not let us crack at the time of the ordeal”? The whole phrase here is mē eisenegkēs hēmas eis peirasmon and I rely here again on the research of Ben F. Meyer to understand the force of the verb in this context.

Meyer does not reject that God may put someone to the test, but follows James 1:13-14 in “his explicit denial that God entices to sin” (RINTS 9). That is, God desires steadfastness in testing. Yet, Meyer was also not satisfied with translations that abandon “temptation,” but offer “subject us not to the trial” (NAB), “and do not put us to the test” (NJB), or “and do not bring us to the test” (NEB) (RINTS 9), which are similar to what the Pope is suggesting.. Why? “There is also a countercurrent {in the NT and early Christianity} to the effect that trials and ordeals are inescapably part of our lot as human beings” (RINTS 10). Meyer does not suggest that the above three translations, and others like them, are thereby proven wrong, but “it nevertheless does offer grounds for doubt” (RINTS 10).

Meyer’s suggestion takes insight from a Jewish prayer found in the later Babylonian Talmud  Berakoth 60b, which he understands as a parallel to the petition in the Lord’s Prayer. He writes,

“In morning and evening prayers that may well go back to the time of Jesus, we find:

Meyer says that there are four elements in this prayer that “run parallel to the Our Father petition under consideration: (1) the negative formulation, “Lead...not”; (2) the word “lead” (in the Jewish prayer, this is the causative (hiphil) of “to go”; (3) the expression “into”; (4) the series “sin, guilt, temptation, and anything shameful.” (RINTS 10). In this prayer from bBer 60b, Meyer says that there is clarity in that “the petitioner calls on God to keep him clear of the power of sin, guilt, etc., that is, to keep him from sinning” (RINTS 11).

This gives us parallels argues Meyer for the Greek phrases mē eisenegkēs hēmas (“lead us not”) and eis peirasmon (“into temptation”). The first phrase, he believes should be translated, “reflecting the Aramaic causative,” as “do not allow...to go,” and the second phrase as “into the hands (=power) of temptation/the test” (RINTS 11). He suggests that “the sense of the last petition of the Our Father, therefore, is not “save us from being put to the test!” but “save us from cracking under pressure of the test!” It is a petition that God save us not from being tested, but from ourselves, from our own weakness, our liability to fall into sin under pressure. If, as is probable, the peirasmos (at least originally) referred to the eschatological ordeal, the petition is that God keep us from falling away, from committing apostasy under pressure of persecution” (RINTS 11).

Meyer then offers four possible translations of the final Our Father petition:

I have combined 3. and 4. in my suggestion above, keeping the negative formulation of the Greek and the original, as I believe, eschatological context: “And do not let us crack at the time of the ordeal.” It is possible that something simpler or more straightforward like “And do not let us fall during the ordeal” captures the original petition more clearly. But what is certainly clear is that “Lead us not into temptation” and even the better “And do not bring us to the time of trial” (NRSV) are missing the original force of the petition. The Pope is right to desire changes in the translation. I highly recommend to him, and to all, Ben F. Meyer’s final book Reality and Illusion in New Testament Scholarship: A Primer in Critical Realist Scholarship (Collegeville, MN: The Liturgical Press, 1995) not just for these few pages, but for his numerous insights into the practice and theory of interpretation. After all, like Pope Francis, Meyer was trained as a Jesuit and, like Meyer, usually right.