Acts of the Apostles Online Commentary (30)


This is the thirtieth entry in the Bible Junkies Online Commentary on the Acts of the Apostles. This entry deals with Cornelius’s vision and Peter’s trance. 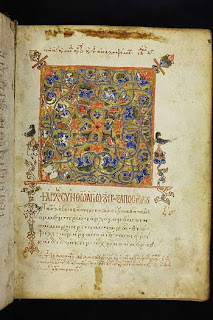 1In Caesarea there was a man named Cornelius, a centurion of the Italian Cohort, as it was called. 2 He was a devout man who feared God with all his household; he gave alms generously to the people and prayed constantly to God. 3 One afternoon at about three o’clock he had a vision in which he clearly saw an angel of God coming in and saying to him, “Cornelius.” 4 He stared at him in terror and said, “What is it, Lord?” He answered, “Your prayers and your alms have ascended as a memorial before God. 5 Now send men to Joppa for a certain Simon who is called Peter; 6 he is lodging with Simon, a tanner, whose house is by the seaside.” 7 When the angel who spoke to him had left, he called two of his slaves and a devout soldier from the ranks of those who served him, 8 and after telling them everything, he sent them to Joppa.
9 About noon the next day, as they were on their journey and approaching the city, Peter went up on the roof to pray. 10 He became hungry and wanted something to eat; and while it was being prepared, he fell into a trance. 11 He saw the heaven opened and something like a large sheet coming down, being lowered to the ground by its four corners. 12 In it were all kinds of four-footed creatures and reptiles and birds of the air. 13 Then he heard a voice saying, “Get up, Peter; kill and eat.” 14 But Peter said, “By no means, Lord; for I have never eaten anything that is profane or unclean.” 15 The voice said to him again, a second time, “What God has made clean, you must not call profane.” 16 This happened three times, and the thing was suddenly taken up to heaven. (NRSV)

When last we saw Peter, he had remained in Joppa, about 32 miles from Caesarea where the action resumes.  The scene which unfolds in Caesarea will soon draw Peter into its narrative, but now the focus is on Cornelius, who is a Roman centurion. Many of the essential events in this narrative will be repeated in Acts 11:1-18, and referenced in Acts 15:7-9, which points to their centrality not just to Acts but to the burgeoning early Christian movement. Without question Luke presents this as the central event in the movement of the Gospel to the Gentiles; though Acts 8:26-39 (Acts Online Commentary 25) also raises the issue of the whether the Ethiopian eunuch is a Gentile when the deacon Philip baptizes him, this begins the key chapters of Gentile inclusion in Acts.

We are presented with information about Cornelius quickly. His name is quintessentially Roman and he is “a centurion of the Italian Cohort” (Acts 10:1). As the “Commentary on Acts” in The Oxford Bible Commentary. Oxford Biblical Studies Online says, a centurion belonged to “the non-commissioned officer class who were the backbone of the Roman army…The ‘Italian Cohort’ is known from inscriptional evidence to have been in Syria before 69, though we do not have precise details about its stationing.” In introducing us to the first significant Gentile character, Luke’s historical interests have again been confirmed. And Luke does not only introduce us to a Gentile, but someone who is a part of the Roman military class. The Gospel we will soon see is not incompatible with Gentiles or Roman citizens.

We are also told quite quickly that Cornelius “was a devout man who feared God with all his household; he gave alms generously to the people and prayed constantly to God” (Acts 10:2). The word “devout” (eusebês) was commonly used to describe pious members of Greco-Roman religions, but the fact that he “feared God,” “gave alms generously,” and “prayed constantly to God,” indicates the worship of the one God of the Jews through common Jewish practices and the support of the Jewish people through almsgiving. Not only this, but his entire household (oikos), which would contain his extended family and perhaps also his servants and slaves, are also said to fear God.

There will be other occasions in Acts where whole households are said to believe, or turn to follow Jesus, and where they are described as “Godfearers.” Some scholars now doubt that Luke’s designation(s) of “devout” Jews or “Godfearers” reflect a formal religious category, “but the probability that some such group existed now seems to have been confirmed, at least for some diaspora cities, by the discovery of an inscription in Aphrodisias which includes a category of theosebeis among a list of charitable donors to a synagogue (Levinskaya 1996: 51–82: Barrett 1994–9: i. 500–1)” (“Acts” in The Oxford Bible Commentary).

Cornelius has clearly embraced the God of the Jews, even if he is not circumcised, and his vision (horama) takes place at the hour of afternoon prayer in the Temple (see Acts 3:1; Acts Online Commentary 8), which is certainly not intended as a coincidence. In his vision, “he clearly saw an angel of God coming in and saying to him, ‘Cornelius.’ He stared at him in terror and said, ‘What is it, Lord?’ He answered, ‘Your prayers and your alms have ascended as a memorial before God’” (Acts 10:3-4).

While the messenger (angelos) of God frightens Cornelius, a common aspect of divine visitation or appearance in the Bible, the message is entirely positive: God has heard the prayers and considered the alms of this Roman soldier, which “ascended as a memorial”! God hears the prayers, considers the alms, and remembers, even if the worshipper is a Gentile.

But the task is not yet completed. Cornelius is told by the angel to send for Peter who is lodging with Simon the tanner in Joppa (Acts 10:5-6). Luke’s detail here is intended to tell us that this is not simply a figment of Cornelius’s imagination, but is grounded in historical reality, to go and see people who actually exist. “When the angel who spoke to him had left, he called two of his slaves and a devout soldier from the ranks of those who served him, and after telling them everything, he sent them to Joppa” (Acts 10:7-8).

Cornelius himself does not carry out the job but sends some members of his household, including a “devout” (eusebês) soldier. It is obvious that Cornelius is not the only Gentile who has been attracted to the God and the worship of the Jews. Or, perhaps we could say, God has not just reached out to Cornelius, but is reaching out to many Gentiles.

At this point, Luke switches narrative focus, indicating how God has been directing all of the action for all of the parties, not just Cornelius. As Cornelius’s people approach Joppa, “Peter went up on the roof to pray. He became hungry and wanted something to eat; and while it was being prepared, he fell into a trance” (Acts 10:9-10). The scene with Peter presents the events of a regular day, prayer and hunger, turning to ecstasy or trance (ekstasis). Ekstasis is a stronger word than that used to describe Cornelius’s vision (horama), but the important point is that it is God directing Peter through this ecstatic experience.

It is not clear if Peter’s hunger is to be understood as the connecting thread for what he sees in his vision, but Peter sees a broad range of animals, mimicking the order of creation of Genesis 1. Peter “saw the heaven opened and something like a large sheet coming down, being lowered to the ground by its four corners. In it were all kinds of four-footed creatures and reptiles and birds of the air” (Acts 10:11-12). The word for “sheet” (skeuos), more generally translated as a container, is made of fine linen (othonê), and this could also indicate a sail. Of the animals in this heavenly sheet, many of them would be forbidden to eat for a practicing Jew.

Peter is then given directions during his vision, just as Cornelius was in his vision. Peter is told, “Get up, Peter; kill and eat” (Acts 10:13). Peter’s response is entirely sensible for a Jew, “By no means, Lord; for I have never eaten anything that is profane (koinos, “common”) or unclean (akathartos)” (Acts 10:14). Peter is then told by the voice that “what God has made clean (ekatharisen), you must not call profane (koinou)” (Acts 10:15). “This happened three times, and the thing was suddenly taken up to heaven” (Acts 10:16).

God is directing these events, not Cornelius and not Peter, and if the Gentiles are now being invited into the community by God, God must also be preparing Peter to welcome them as Gentiles by accepting their food as clean. The scene makes no sense otherwise. Jews were supposed to make a distinction between clean and unclean animals; why would that now change for Peter unless something else had happened, something which we have been witness to as readers but Peter does not yet know? Indeed, it has not changed just for Peter, but God has made these animals “clean.”

Something new is happening and it is obvious that Peter, and the other Christians, are still operating, up to this point, with the understanding that Jewish food laws are intact. But the visions of Cornelius and Peter are pointing us in a new direction.

Posted by Bible Junkies at 8:02 PM